Windows 10 Creators update removed NIC teaming while Intel doesn’t offer teaming support for legacy devices on Windows 10.
But what if I told you, they do?

Disclaimer: I am in no way, shape, or form responsible for your actions. If you burn down your house or hurt yourself, don’t blame me. But anyway, happy modding.

I used version 24.2 as it was the latest version at the time.
Grab it from here: https://downloadcenter.intel.com/download/25016/Intel-Network-Adapter-Driver-for-Windows-10

All you have to do is choose the wrong driver, that somehow works and magically support teaming. 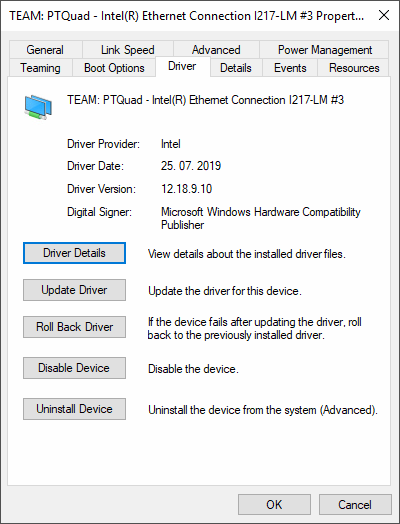 (My NIC is already teamed.)

I already created the team, but it’s as simple as clicking New Team… 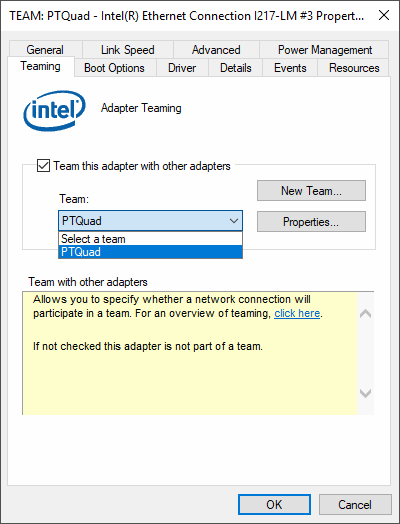 UPDATE: Windows 10 1909 somewhat broke this method.
Now you need at least one card that supports teaming. But don’t worry you can remove it later.
Create a Team just like before but with a supported card, then remove the card, this will totally crash the manager, so don’t close anything, wait 5 minutes, then reboot.
And wola, it works.

I’m sure Intel will fix this Soon™.
Anyway have fun while it still works.