Disclaimer: I am in no way, shape, or form responsible for your actions. If you burn down your dirt house or hurt your feelings, don’t blame me. But anyway, happy tweaking.

On almost any platform, AdoptJDK will get you up to date with the latest JDK, just follow their instructions (scroll down to the installer section): https://adoptopenjdk.net/installation.html
Run  java -version in your terminal, powershell or cmd. You should get something like this:

If you don’t get the correct version information, make sure to remove old versions from your setup and set the correct JAVA_HOME path. 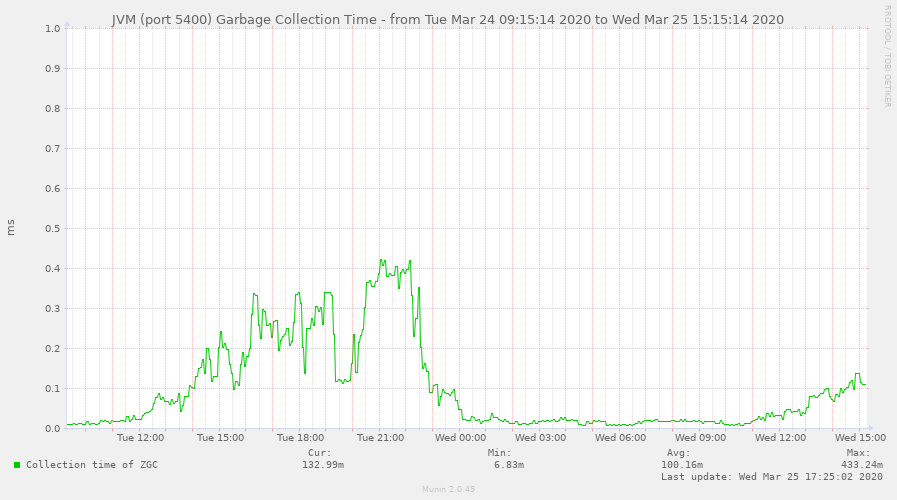 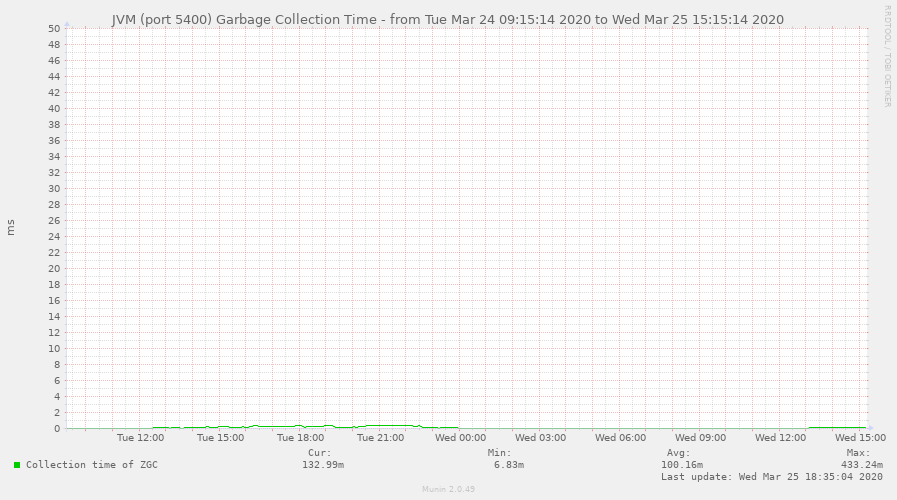 G1 GC with flags from my startup script on a server that has 1-3 players online at peek.
(If anyone else is prepared to log G1 GC on a bigger server please contact me.)
Graph scaled to 1 ms: 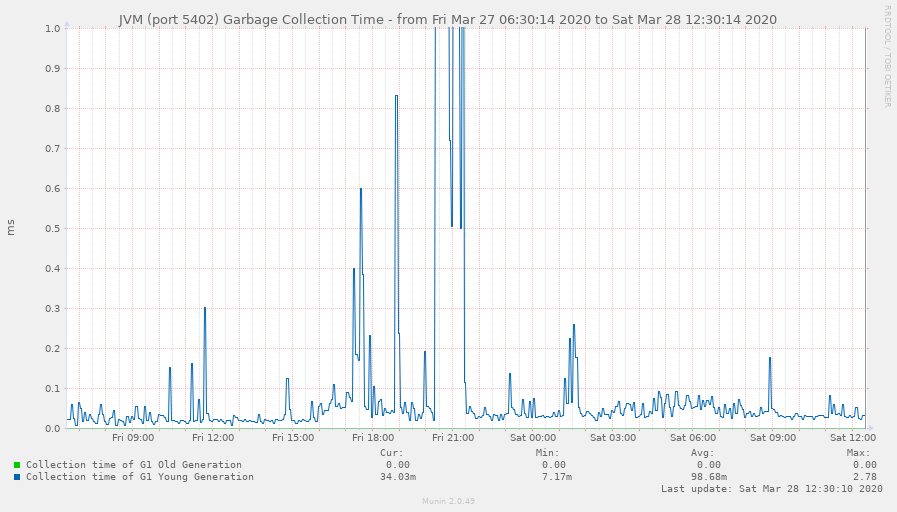 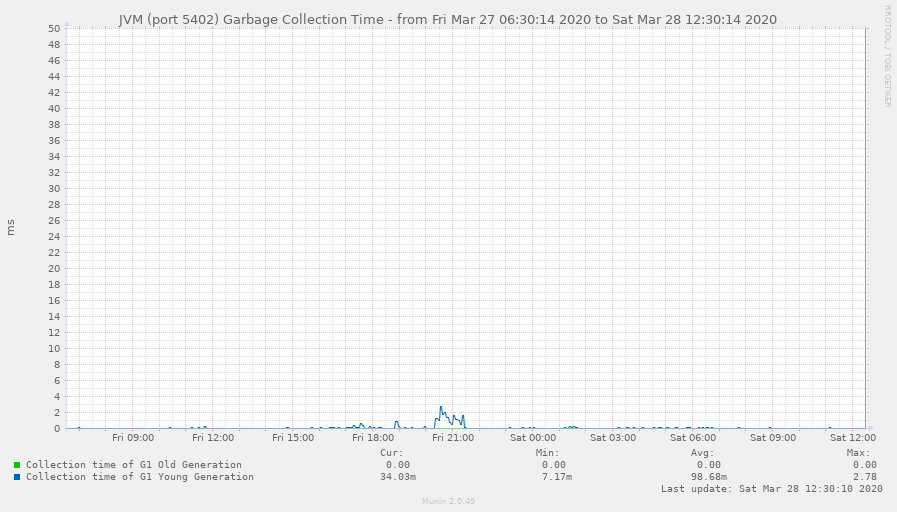 The GC time with ZGC is negligible, on the other hand G1 with the suggested flags tries to stay below 100 ms, whereas ZGC was designed to stay below 10 ms, at any memory range, without thread blocking.

*If you notice degraded performance, higher CPU usage, more memory commits/uncommits, setting the following flag might help you -XX:-ZUncommit.
That will tell ZGC not free up unused memory. This can help on shared systems or system with low memory bandwidth, do note the flag only being added in JDK13.
IF you still want uncommits, you can try using Large Pages/Transparent Huge Pages. Also see point 3.

ZGC has some issues with servers that as leaking or just allocating memory too quickly (Survival servers for example).
To see if your ZGC is performing well, you can monitor the servers memory usage using JMX or logging GC to a file.
To log GC to a file add the following flag:  -Xlog:gc*:logs/gc.log:time,uptime:filecount=2,filesize=8M, this will add a file called gc.log in your logs directory.
After running the server for at least an hour at normal load, open the file and search for the following text  Allocation Stall (. If you can’t find a single line matching that text, look at the last occurrence of the following text: Critical: Allocation Stall. If it looks something like this:

then your ZGC should be running fine without issues.
If you see a bunch of lines showing allocations stalls (example below) and a high number in the summary, you should try an investigate the issue, allocate more memory or switch back to G1.

How the same information can be seen on JMX graphs: 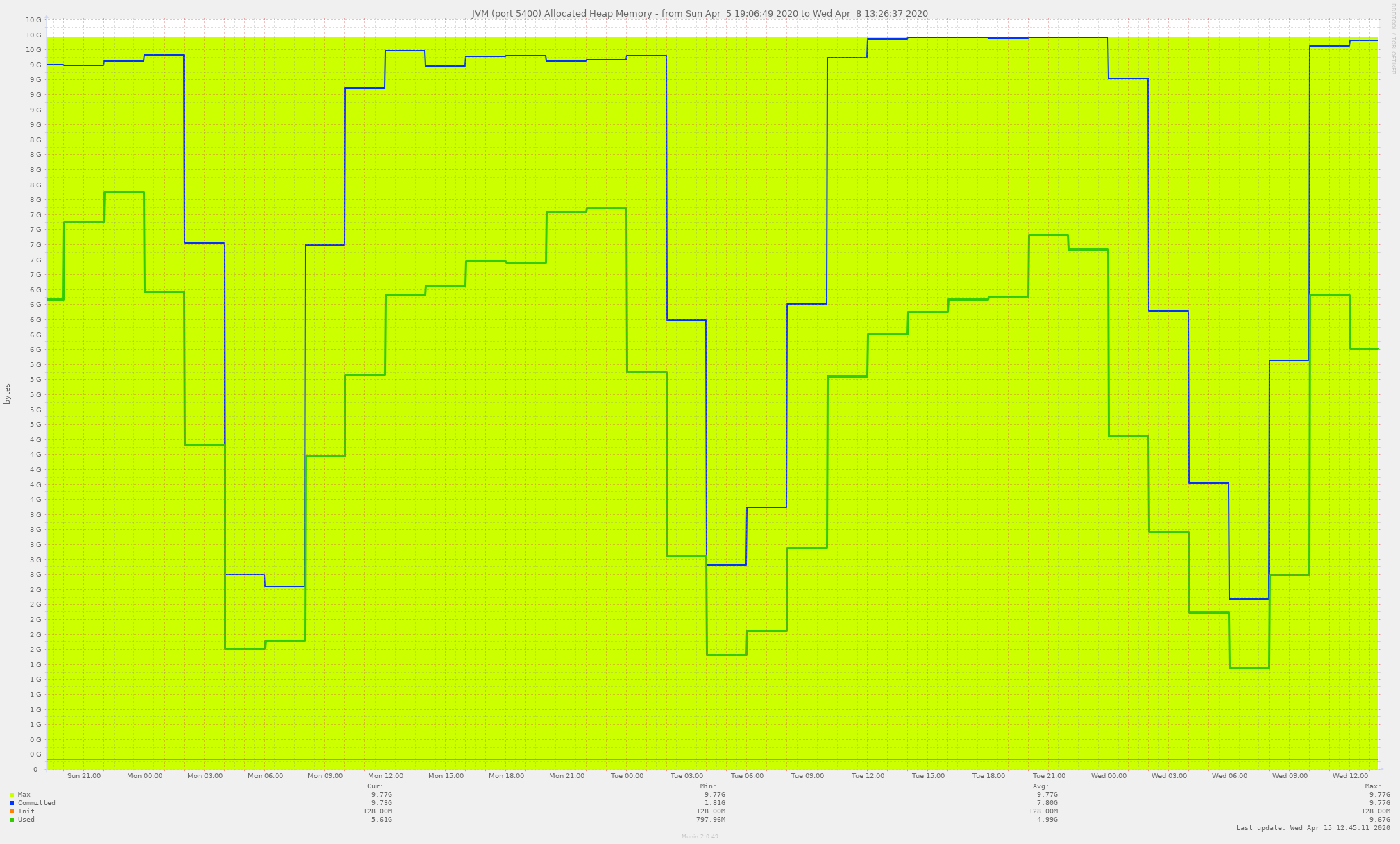 On the start of the graph, the committed memory is close to the max, but never reaches it, this in most cases indicates that ZGC has enough room to clean without stalls.
After the middle you can see the committed memory hit the max and stay there, this will result in stalls resulting in lag. You can try to fix this issue by adding more memory, but this might not work in all cases as shown below: 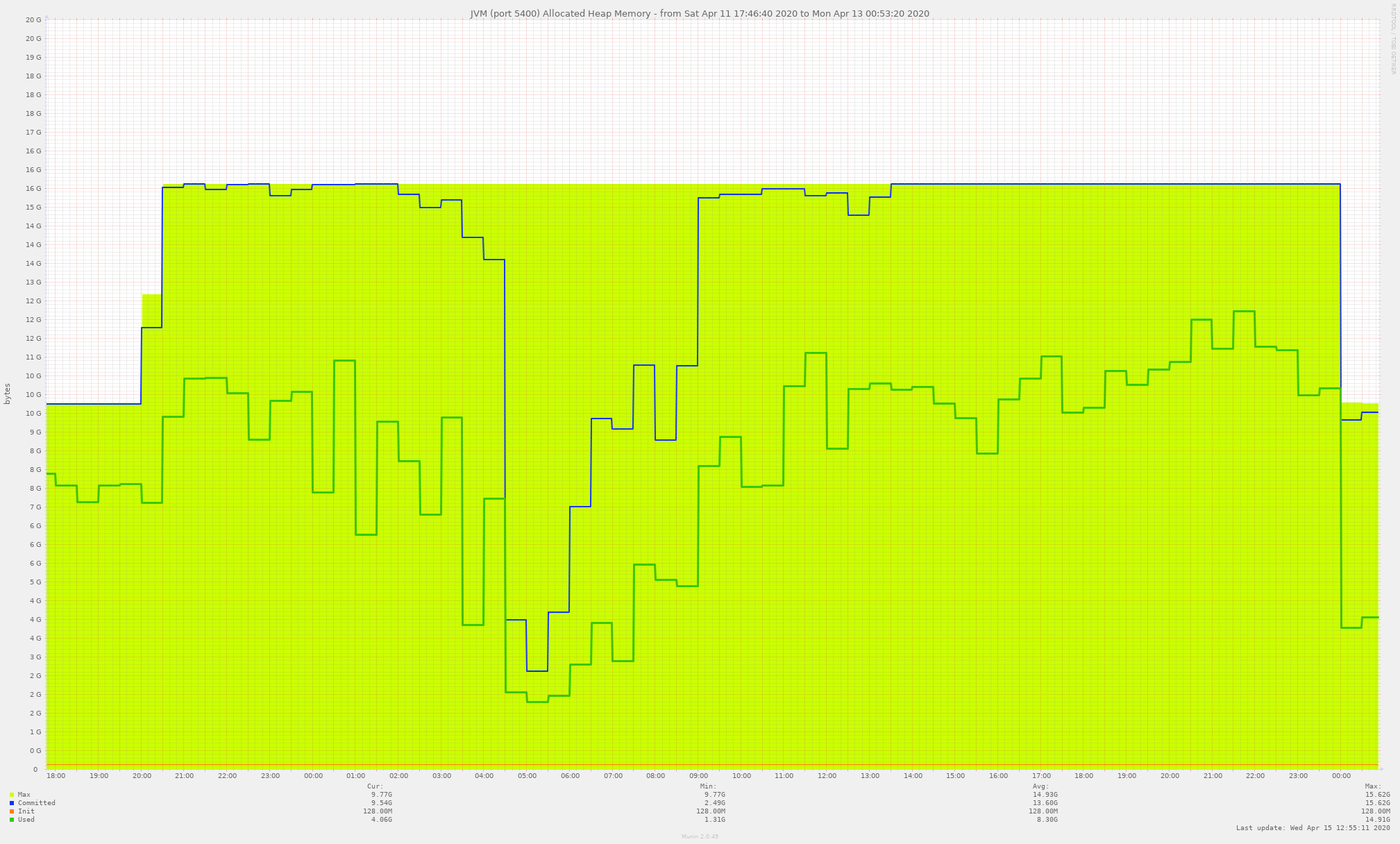 In this case I recommend switching back to G1GC, as it’s better at handling memory leaks and high allocation speeds.
Some example of well running ZGC setups: 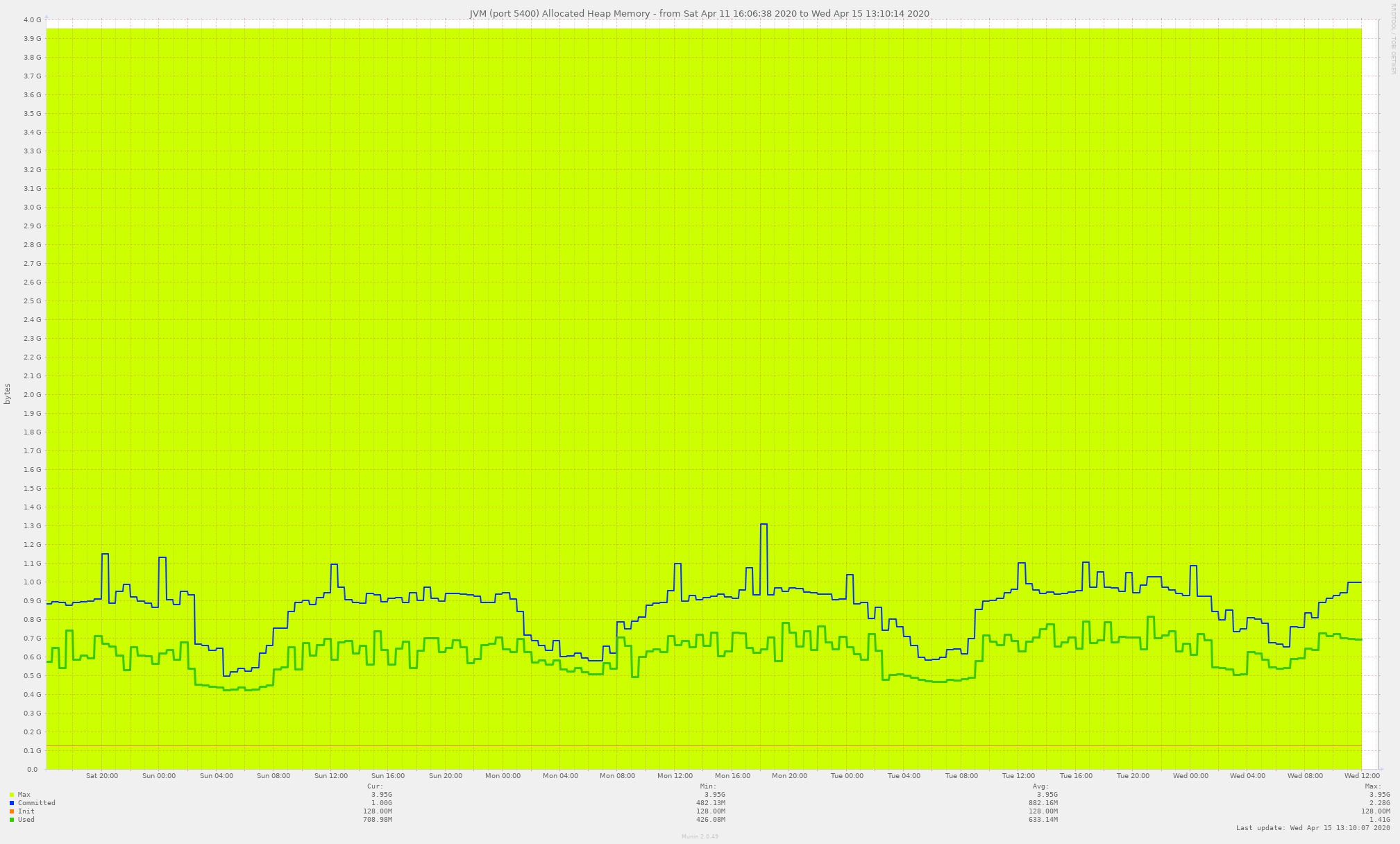 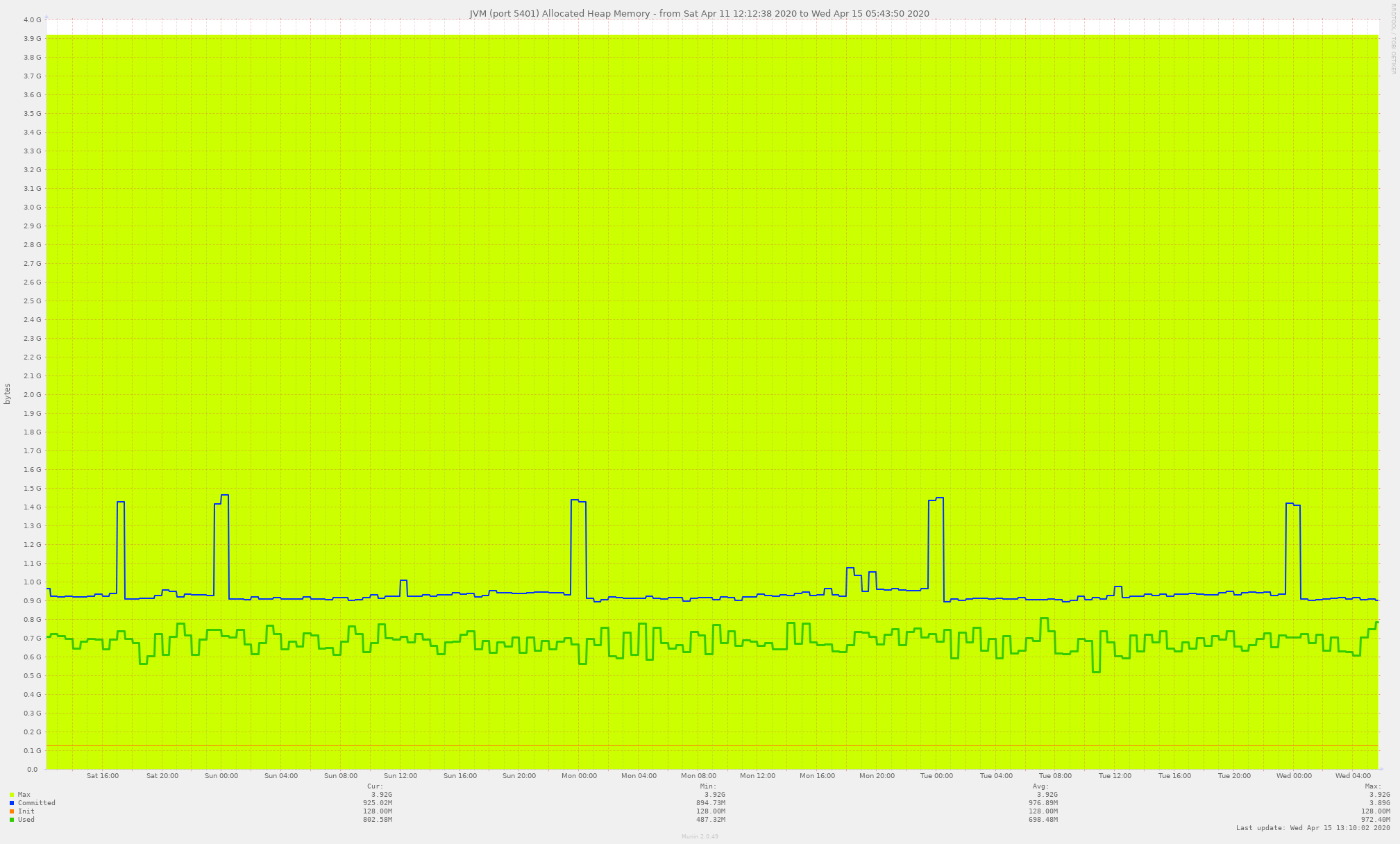 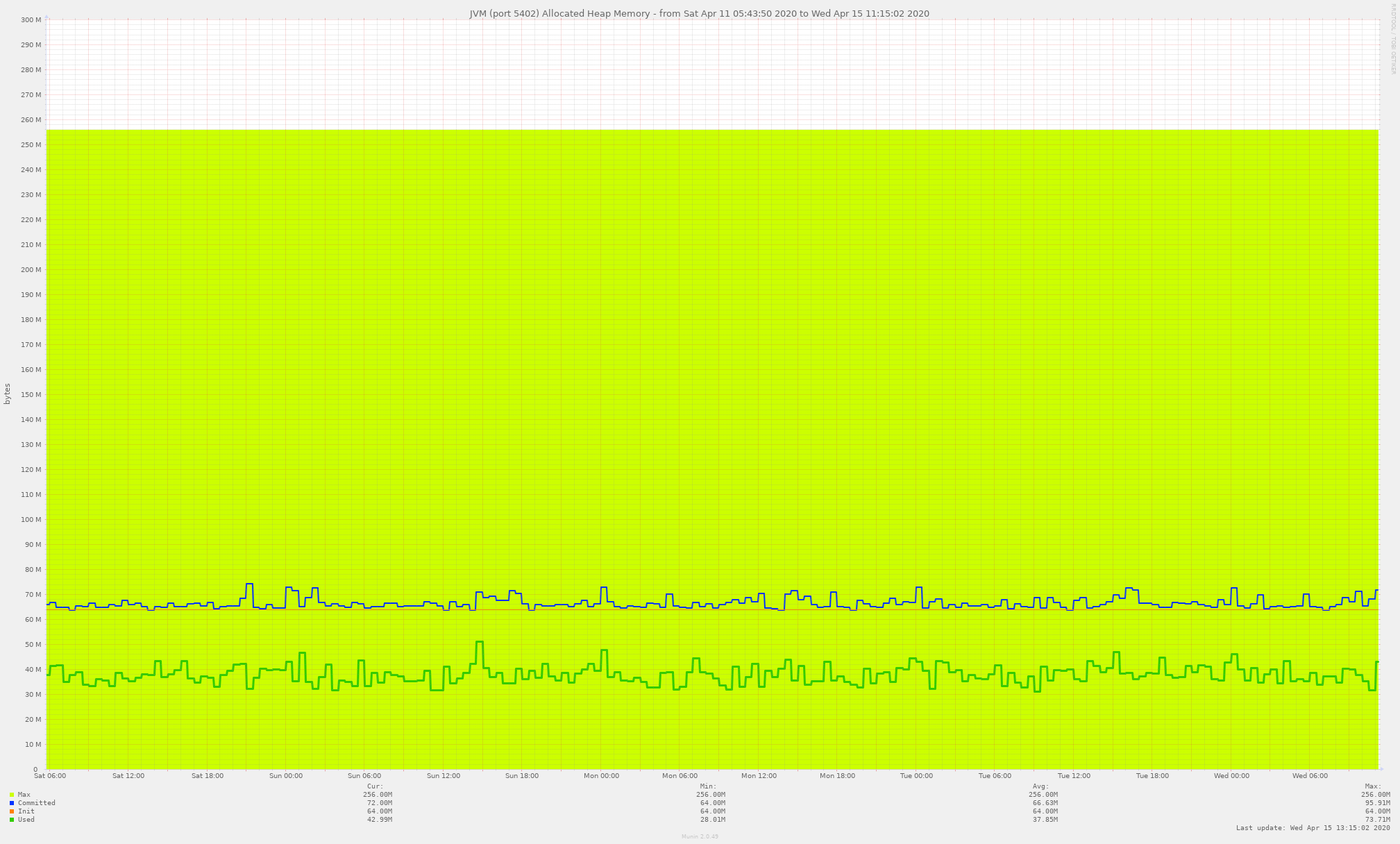 As you can see there is plenty of ram leftover. In a case like this you can lower the max ram to save some memory or leave some headroom if you like flexing with memory.

No tuning needed, it just works. There are some things you could tune, but AdoptJDK already does that for you.
To verify that you are actually using ZGC you can use Timings v2 (that are build into Paper).

Don’t use plugins to check GC time, as they are not yet optimized for ZGC (Spark for example), use something like Java Management Extensions (JMX) or Timings V2 (Thanks to Aikar for adding a GC option).

If you have plugin issues due to Java being updated, yell to the plugin authors! There are 7-year-old plugins that still run on JDK 14 and Minecraft 1.15.2, while they can’t create a plugin that works on JDK9+ in 2020?