As some of you might already know, SFP module locking is quite standard. So let’s talk how to bypass the hardware protection on these modules and save some money.

We bought those modules since we assumed they could be flashed and somehow made to work on Cisco gear. We were very wrong.
So as they were unusable anyway, I decided to take one apart.

Disclaimer: I am in no way, shape, or form responsible for your actions. If you burn down your house or hurt yourself don’t blame me. But anyway, happy modding.

Picture of the needed parts:

Use a small screwdriver to gently remove the lock and the bale claps (golden part). Make sure to save them for later. 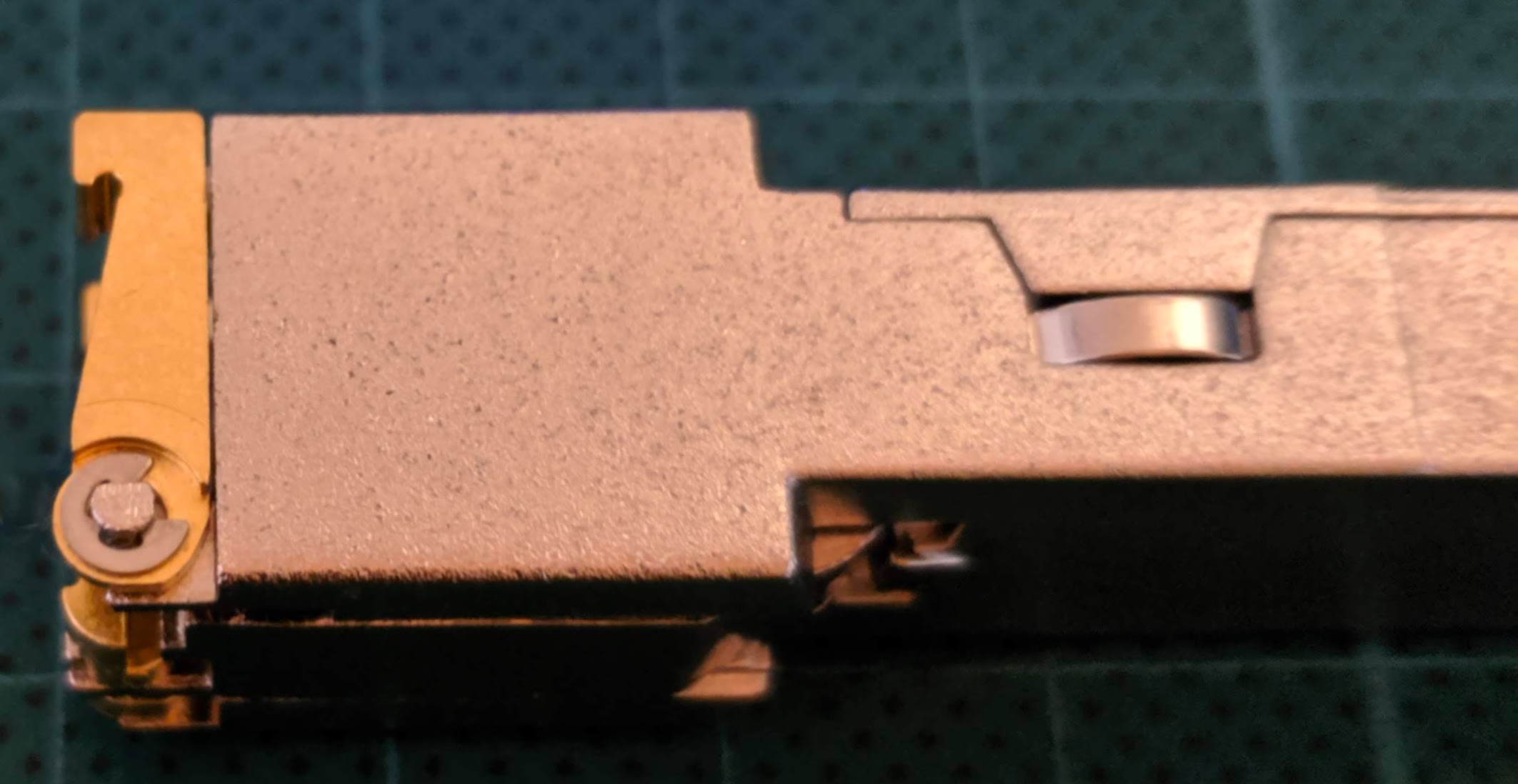 Remove the spider (the reflective heat sink), slide out the PCB, remove the unlocking mechanism. 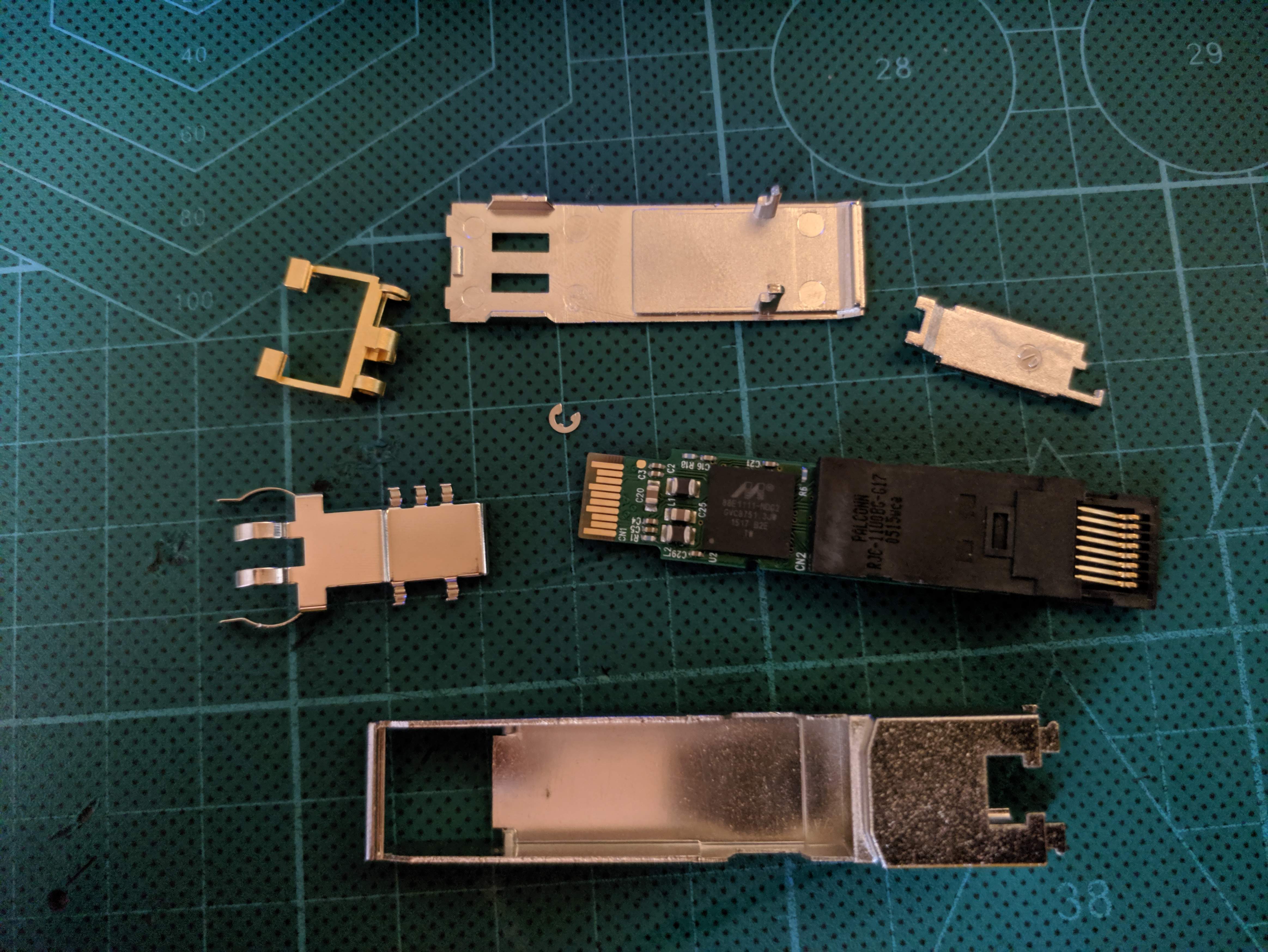 Despite there not being a public datasheet for the ATH504 chip, one seller mentions hardware write protection. Removing the R22 did the trick.

If you are looking for SFP dumps make sure to check out my Github.